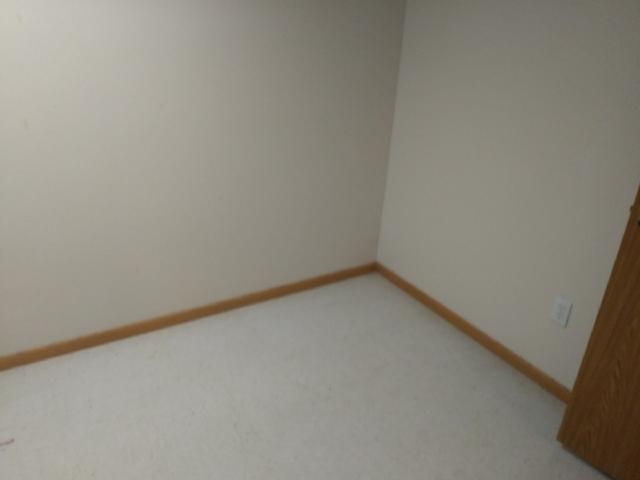 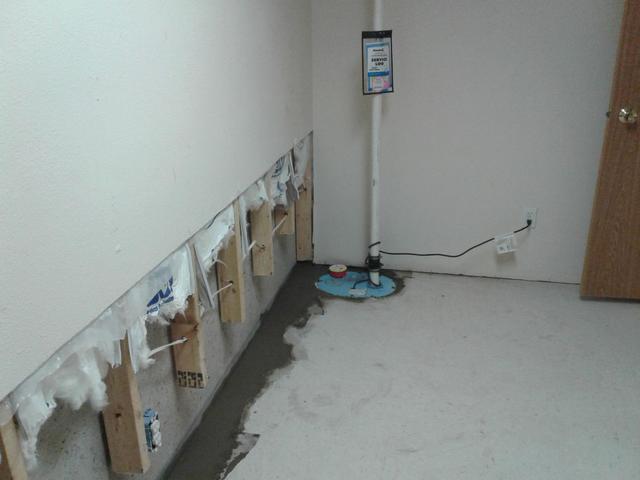 A homeowner in Chippewa Falls, WI reached out to DBS regarding a concern with water in their basement. The foundation of the home had sunk, and water could enter the home as a result. In need of a solution, they received a free, no-obligation estimate from DBS, and it was determined that the basement would need to have WaterGuard® and a TripleSafe™ sump pump installed to combat any further issues with basement flooding. , as shown in the photos attached. For more information on our services, please visit us at https://www.dbsrepair.com/ 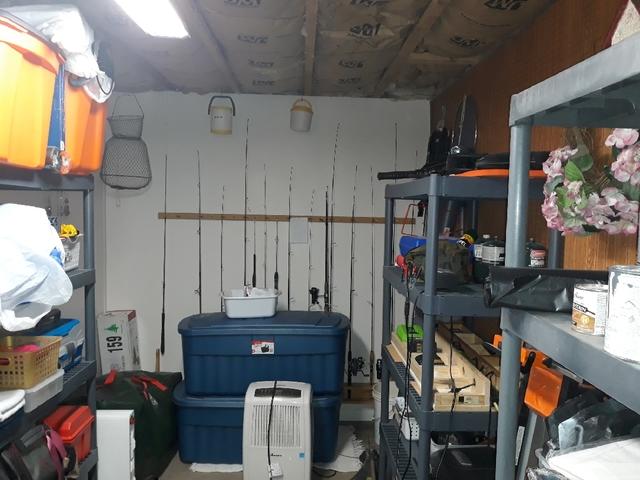 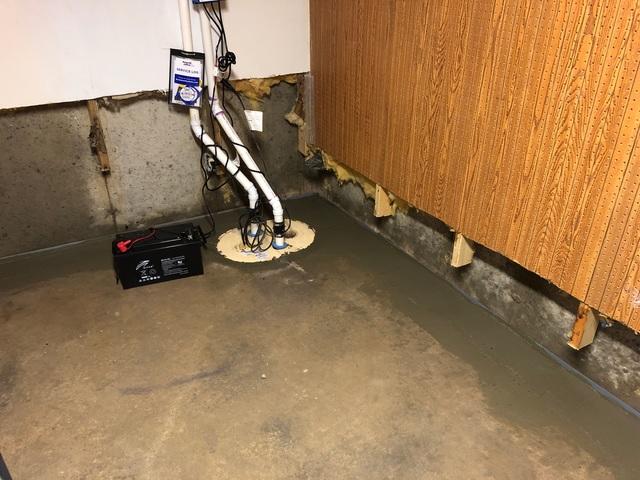 A homeowner in Eau Claire, WI reached out to DBS regarding the basement of their home. The storage room was in need of a better waterproofing system, and the owner had a Design Specialist come out to offer a free, no-obligation estimate. It was decided that the corner of the room would have a TripleSafe™ sump pump installed for maximum waterproofing efficiency. Our crew also installed a section of WaterGuard® for drainage purposes, as seen in the photo. 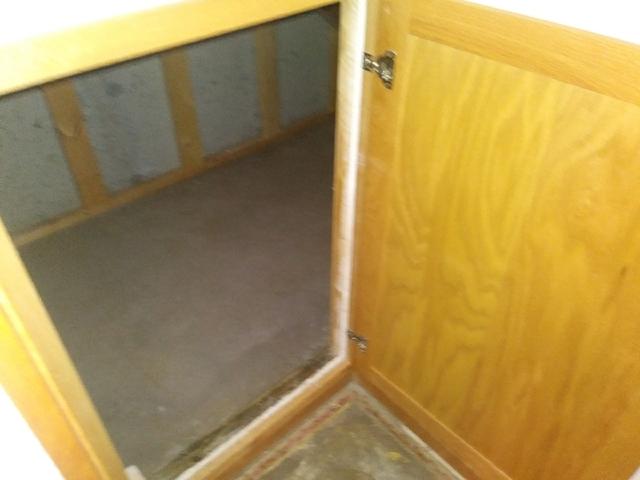 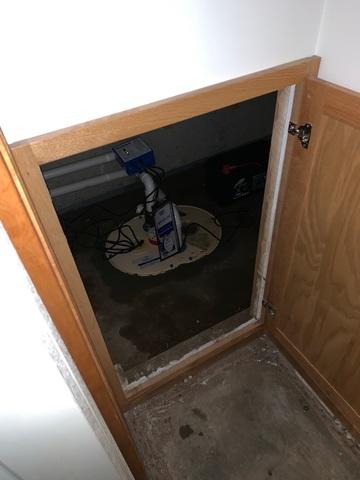 A homeowner in Eau Claire, WI was experiencing an issue with their basement area. The basement had water leaks and it was prone to damage as a result. A Design Specialist from DBS was able to visit the home and provide a free, no-obligation estimate for the waterproofing service. It was concluded that our waterproofing crew would install a TripleSafe™ below the stairs in a closed-off space to help rid the basement of any flooding water. Aside from that, a WaterGuard® system was also installed to act as a drainage point. 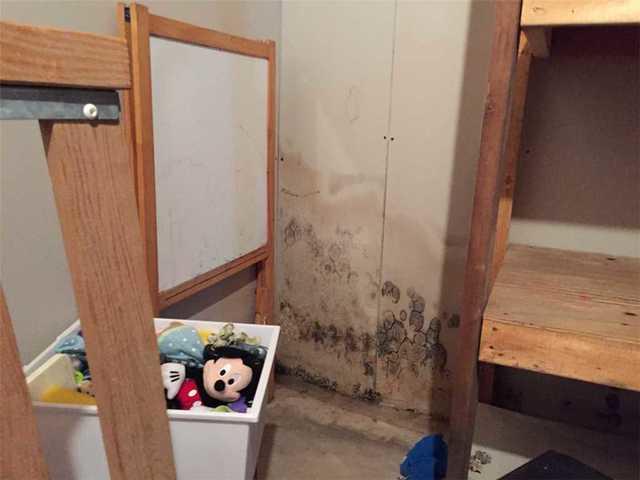 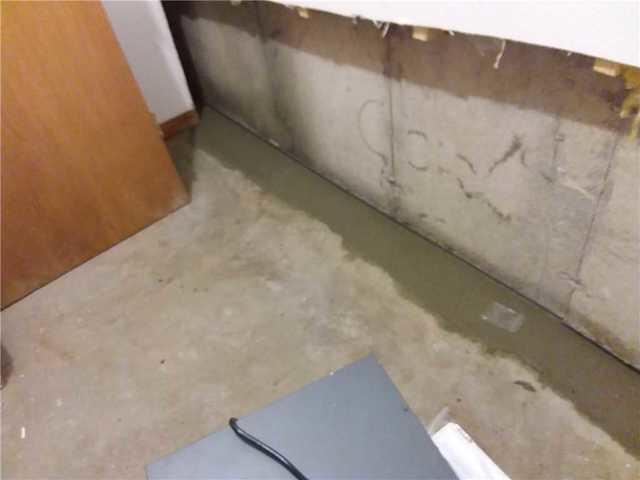 This customer had some major water damage in their basement. The family was upset because they spend a lot of time in their basement together. The homeowner reached out to DBS and set an appointment for a specialist to inspect their home. After inspection, it was proposed to have a WaterGuard system installed along with a new, TrippleSafe sump pump. Our crew, with Foreman, Zach Royer, installed WaterGuard around the perimeter of the basement. 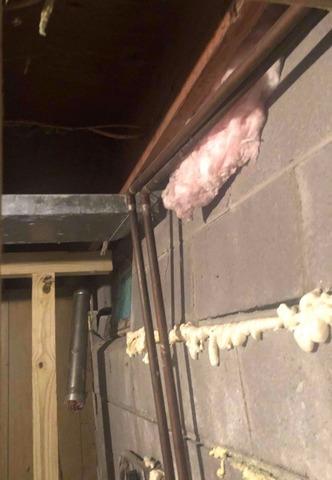 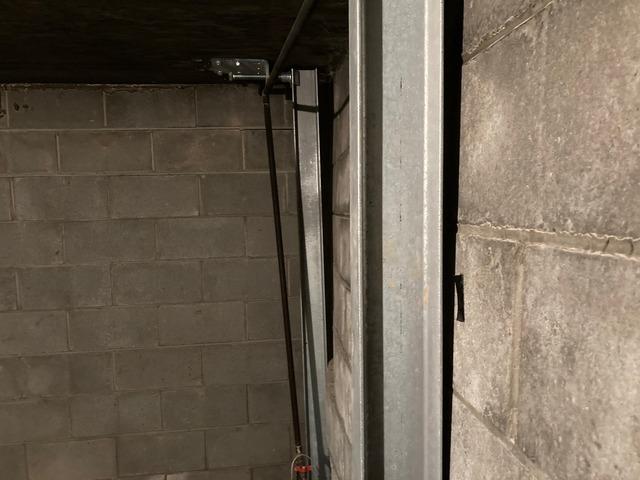 Homeowners in Winter, WI had been living in this home for 15 years when they decided they wanted to renovate it. First, they wanted to stabilize the foundation to ensure that any structural issues were fixed before investing in upgrades to the home.

Aftering reaching out to DBS, Design Specialist James Miller visited the home for a free, no-obligation estimate for the foundation work. He proposed our PowerBrace™ Wall Bracing System to permanently stabilize and restore the cracked and bowing walls.

DBS Foreman Zach Jorenby and his crew first excavated the soil on the exterior of the home to set the stage for a wall straightening procedure. From there, they installed an exterior waterproofing membrane to the outside of the home for added protection against water. Then they installed 7 PowerBrace I-beams, connecting them to the basement's concrete floor and ceiling joists. These beams will be tightened overtime by our service department with the goal of restoring the wall to its original position.

The homeowners we happy with the work done and can now begin their plans to renovate their home!

Total Before & After Sets: 323
get a free estimate
Find Your Local Contractor