Home»About Us»Blog»Buying a House with a Crawl Space: What to Look For

Buying a House with a Crawl Space: What to Look For

Tuesday, May 18th by Kristina McGovern

Moisture problems, water, and pests are common problems found in open crawl spaces. Use this guide to know what issues to look for when buying a home with a crawl space and your best options for repair and prevention. 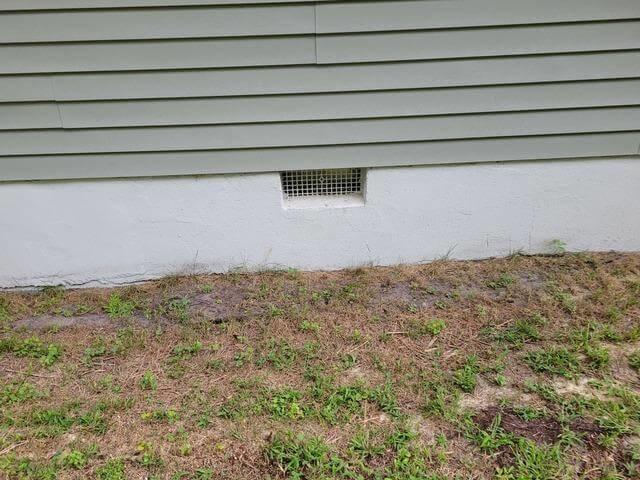 Crawl spaces are popular in residential construction in many regions of the United States because they are cheaper than full basements but more functional than slab foundations. These spaces have a very low ceiling height (typically 1 foot to 3 feet high), providing access to plumbing, electrical wiring, and ductwork for heating and cooling systems. However, when built and maintained incorrectly, they also pose a hazard to the health, comfort, and safety of your home.

The crawl space is sometimes referred to as the "gut" of the home. Much like your body's gut, the condition of your crawl space affects the overall health of your home. This is why when buying and owning a property with a crawl space, it's important to inspect for crawl space damage, such as mold, wood rot, and termite infestations.

Whether you're considering buying a home with a crawl space or building one, this article will explain the major problems to be aware of in homes with crawl spaces AND discuss solutions for fixing these problems should you come across one (or all) of them.

First, let's discuss what a crawl space is and how it's different from other types of foundations.

In residential construction, there are three common foundation types: a basement, slab, and crawl space. The major characteristics of each type are explained below:

Now that you know the major differences between a basement, slab, and crawl space, you might be wondering why some homes have a crawl space instead of a basement or slab.

The two primary reasons homes are constructed with crawl spaces are cost and accessibility. The best type of foundation is based on many factors, including the house design, geographical location, climate, and soil and moisture conditions. If you're planning or in the process of new construction, your builder will choose the best foundation given these factors. However, if you're buying an existing home, you're typically stuck with what you get, with some exceptions.

Whether you're considering buying a house with a crawl space or in the process of building a new one, there are four major problems to watch out for. These issues and our recommended solutions are discussed below.

Conclusion: Is a crawl space foundation good or bad?

Article: Insulating a Dirt Crawl Space: Best Practices
Article: What to Do When a Home Inspection Reveals a Wet Basement
Article: Is it Bad If There's Water in My Crawl Space? 3 Reasons to Worry
Back to Previous Page
Back to News & Events