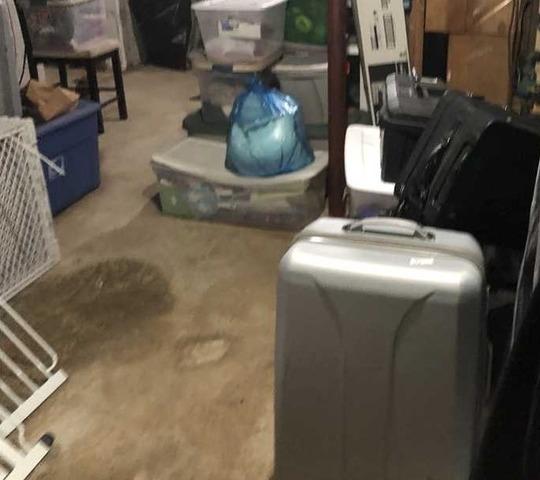 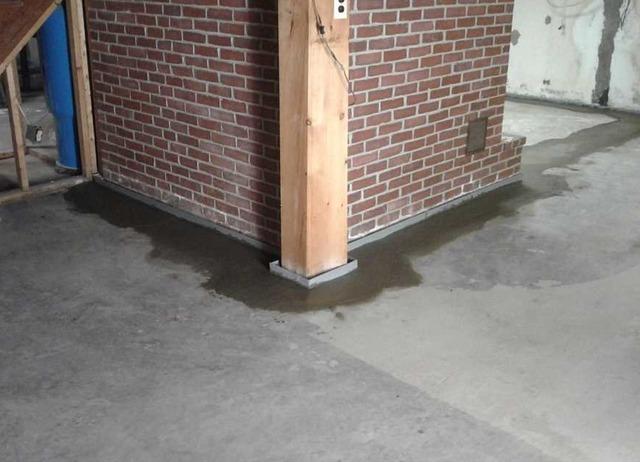 Typically using their basement for basic storage, this Durham, NH homeowner needed a way to protect their basement from leaking moisture. After living with a damp basement floor for some time, they called us at TC Hafford Basement Systems to take care of this problem as quickly as possible. Our crew got to work burying WaterGuard piping around the perimeter of the concrete basement floor. These pipes, below a fresh layer of concrete, will act to pull in any leaking moisture traveling through the foundation. This water is then guided through the piping to the nearby SuperSump pump our crew installed. Here the water will be forced out of the home through a discharge line. The discharge line leaving the home is fitted with an IceGuard section that will protect the basement from any blocked water that may flow back up the line.

With their newly waterproofed basement, this homeowner can now safely use the space for storage without fearing moisture causing damage to their property. 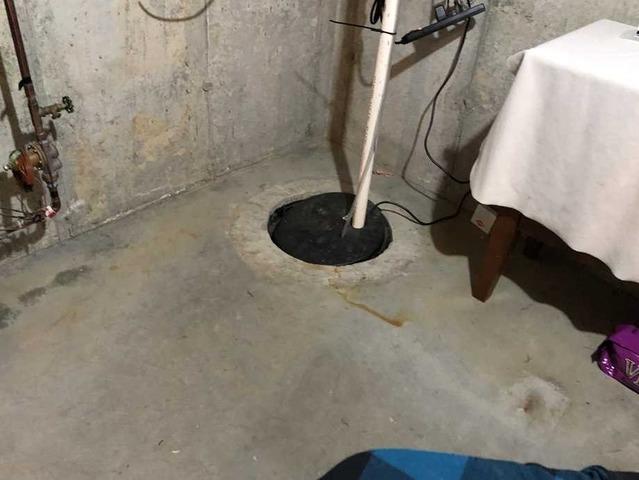 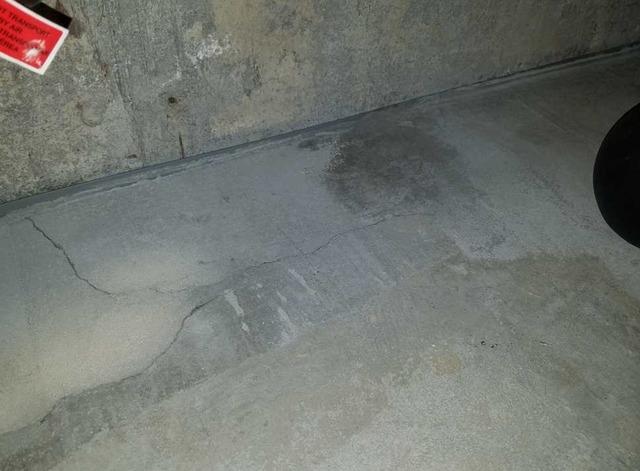 Even with a sump pump in their basement floor, this homeowner would still find water pooled up in their basement from time to time. They hired us at TC Hafford Basement Systems to provide a permanent solution to the problem. As soon as our crew arrived at the home, they got to work installing WaterGuard piping around the perimeter of the basement floor. These pipes are buried beneath the floors surface to capture moisture as it travels in toward the basement interior. This water becomes trapped in the WaterGuard where it is then guided to the newly installed TripleSafe sump pump. The TripleSafe will force the water from the home through a discharge line protected by both an IceGuard segment and a LawnScape port. These will keep the basement safe from blockage in the lower end of the line that might cause water to backup into the basement again through the discharge.

With these solutions in place below their home, this homeowner can rest assured there will no longer be puddles of water on their basement floor after rainfall. The WaterGuard & TripleSafe combination will maintain a dry basement floor for many years to come! 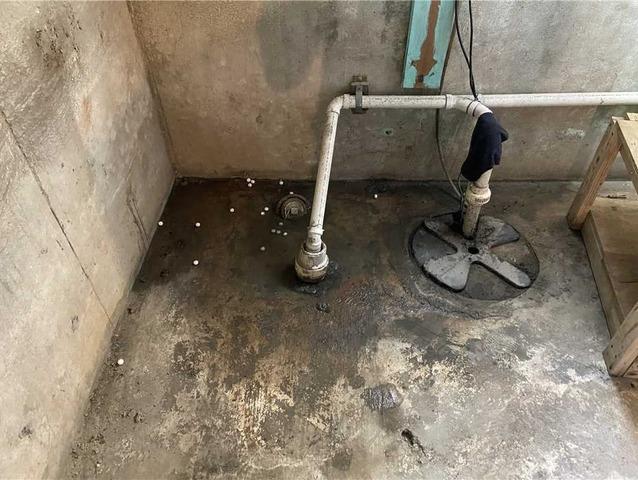 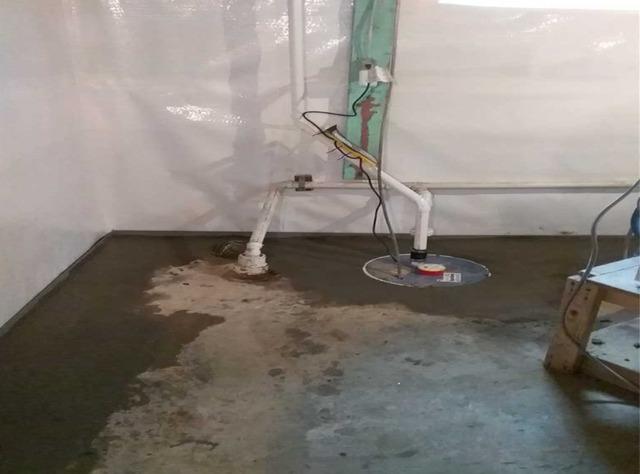 After living with a wet basement for some time, this Dover, NH homeowner thought it was time they did something about it. They called us at TC Hafford Basement Systems, and we set them up with a free estimate as soon as possible. After they spoke with our sales representative, they hired us to get started right away! Once our installation crew made it out to the home, they got started by installing a WaterGuard piping system surrounding the basement floor, buried below the concrete. These pipes will capture moisture as it leaks through the pores in the foundation, guiding it to the SuperSump pump also installed in the basement floor. Once in the sump, the water will be pumped out of the home through a PVC discharge line protected by both an IceGuard pipe segment and LawnScape discharge port outside the home. Finally, a CleanSpace liner was utilized to cover the walls of the basement with a waterproof barrier. This will both brighten up the space as well as channel any moisture down into the WaterGuard below for removal.

With a properly waterproofed basement, this homeowner can now make use of their basement without fearing water damage to their property. The CleanSpace liner & WaterGuard piping will keep water from collecting on this basement floor for years into the future! 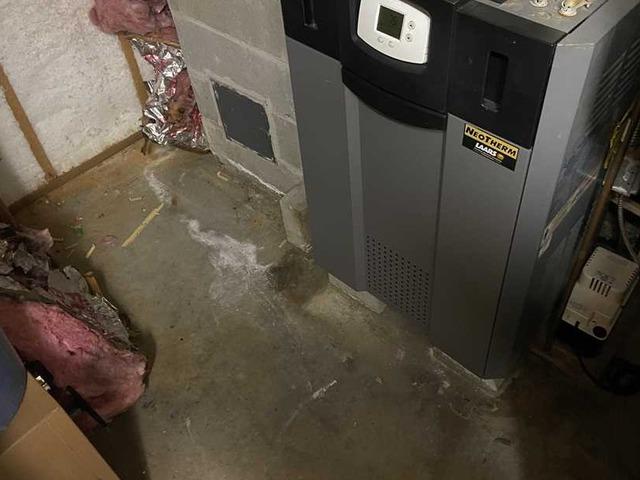 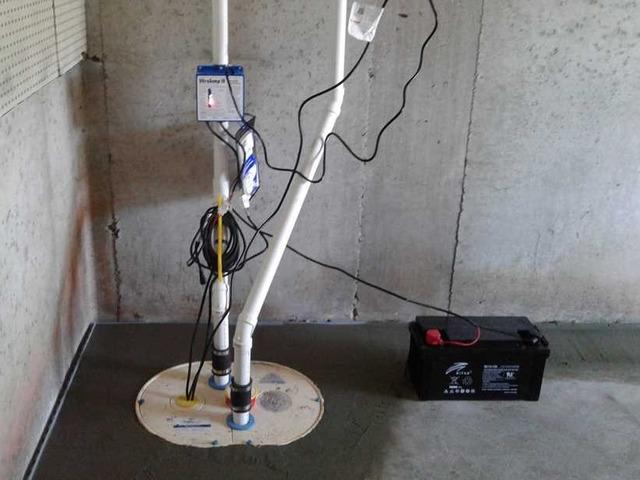 When this homeowners basement flooded during the melting of snow after last winter, they knew they needed something done before this happened again. They called us at TC Hafford Basement Systems, and we set them up with a free estimate before beginning work on solving their moisture problem. To protect this basement from future flooding, a WaterGuard piping system was installed around the perimeter of the floor. These pipes are buried below the surface of the floor where they will absorb any leaking water before it can reach the surface in the future. Next a TripleSafe sump system was installed and connected directly to the WaterGuard to provide a means to remove the captured water. Finally, IceGuard and LawnScape pipe segments were attached to the discharge line to further protect the basement from potential leakage causes.

With their newly waterproofed basement, this homeowner can expect a dry basement year-round from now on. The WaterGuard & TripleSafe installation will keep this basement completely water-free for years to come! 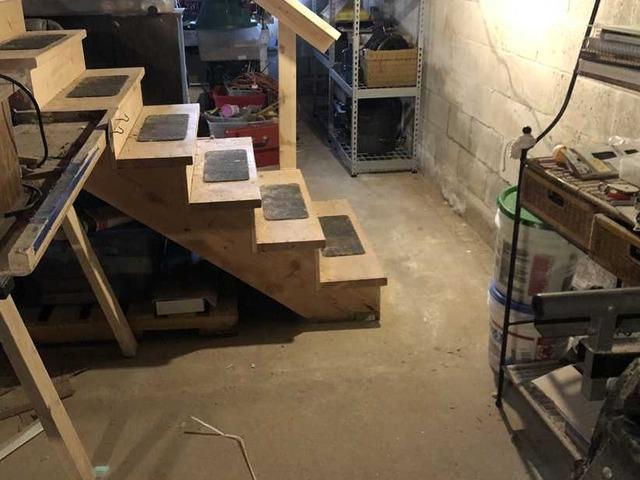 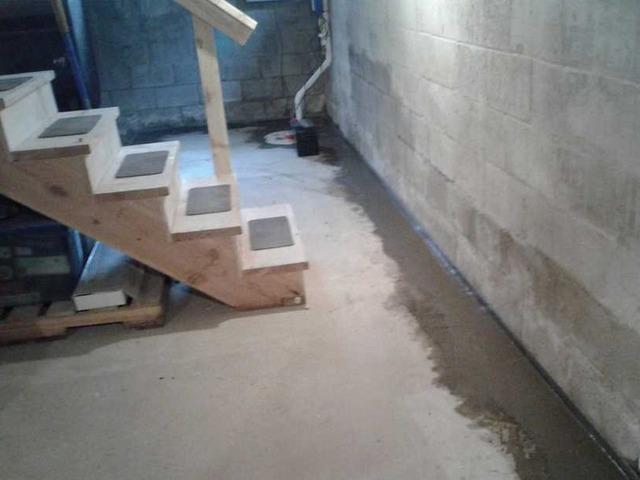 Having experienced recent flooding in their basement, this homeowner in Kittery, ME was looking for a solution to their problem and they hired us at TC Hafford Basement Systems to solve this problem. After they received their free estimate and gave us the go-ahead, our crew began the installation of a WaterGuard piping system. These pipes are buried below the perimeter of the basement where they will absorb any future leaks before the water can reach the surface of the floor. A TripleSafe pump was also installed in the floor and connected to the WaterGuard system. Now during rainfall, any leaking moisture will be collected by the WaterGuard and removed from the home through the TripleSafe.

This homeowner no longer needs to worry about their basement taking on standing water after any rainfall or melting snow. Their new basement waterproofing will keep this home dry for years to come!

Total Before & After Sets: 76
get a free estimate
Find Your Local Contractor