Exterior staircase's can cause trouble 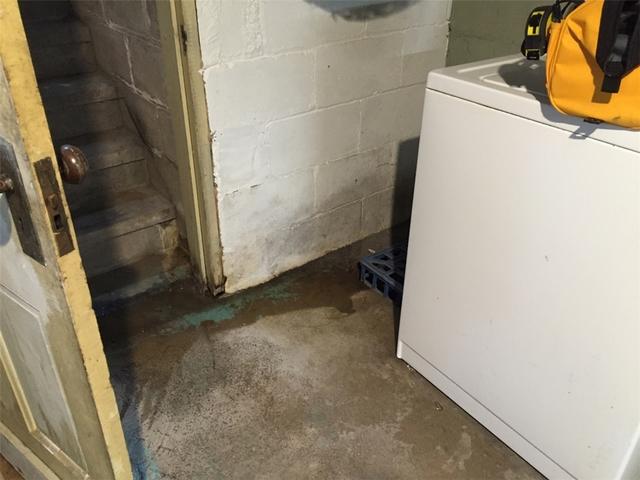 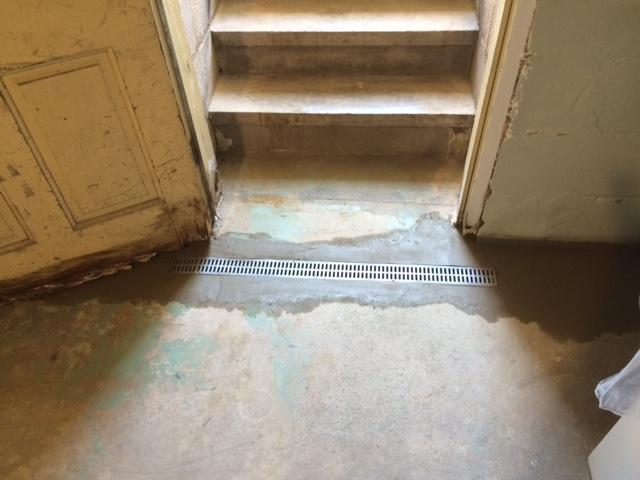 An exterior staircase can be troublesome when it comes to water.  Luckily these Watertown homeowners found us and we have a solution for this type of problem.  Aside from getting water in from underneath the doorway, they also had water coming in from around the perimeter of their basement.  We were able to install WaterGuard around the perimeter walls and TrenchDrain in front of the doorway.  Now, the perimeter is protected and if water does come down the staircase, it will go into the TrenchDrain and into the WaterGuard system to be pumped outside. 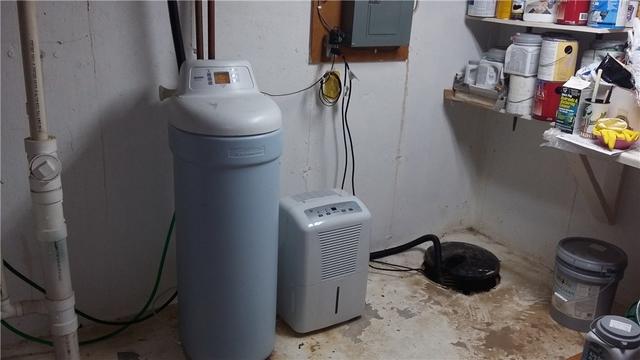 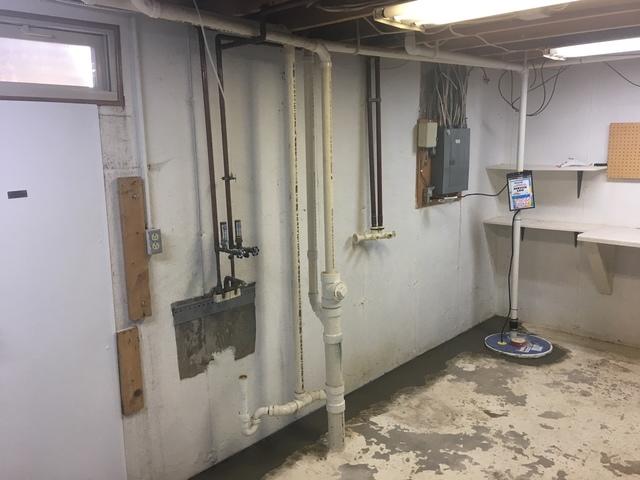 We installed a TripleSafe Sump System in this Stoughton home.  You can see that their system was in need of an upgrade.  They made a great choice and now have TRIPLE protection against water in their basement. 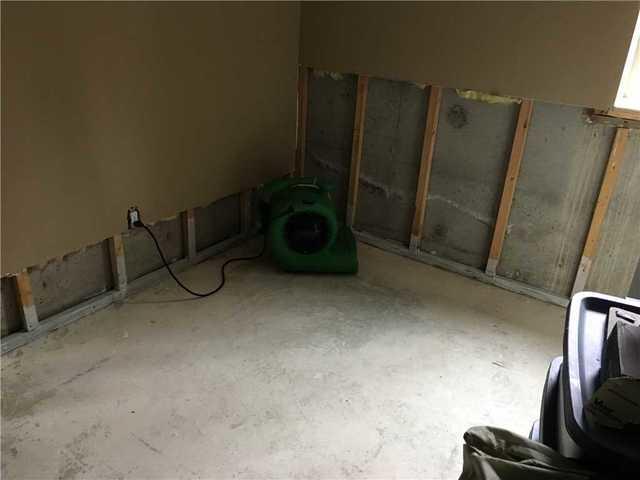 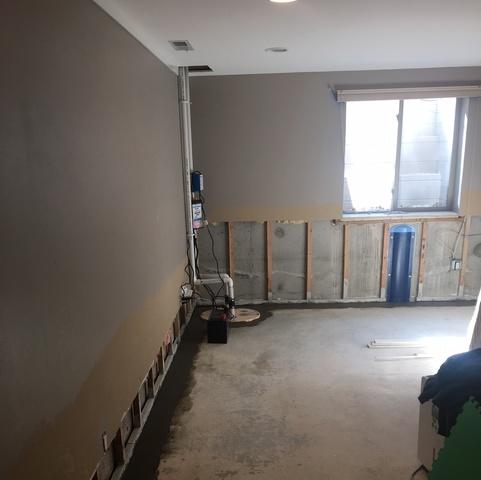 We were contacted when this McFarland homeowner noticed water in the basement.  They had landscaping done years ago which worked for a bit, but they were certainly surprised when there was water again.  Wanting it fixed for good, they called upon us.  Brian went out and did an assessment and free estimate and this homeowner knew that we were the right people for the job.

We installed a partial perimeter system, WellDuct window drainage system, and the heart of our system, the TripleSafe Sump Pump System.  They can rest easy knowing that the work that was needed was done and done right! 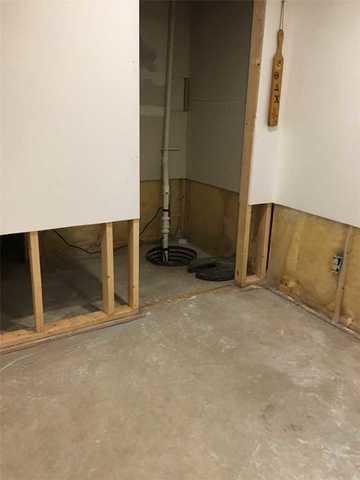 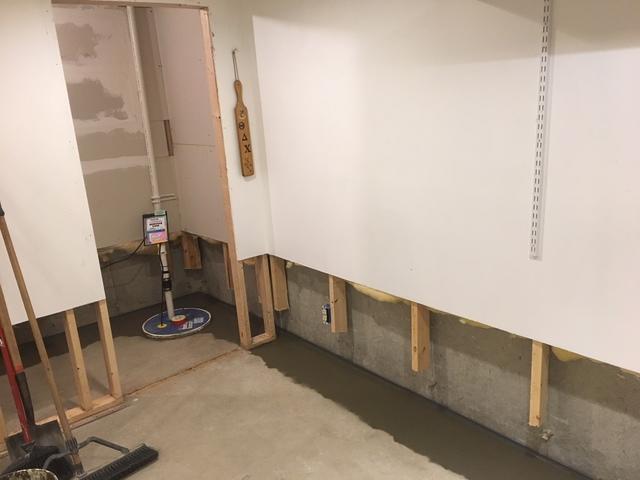 When replacing your sump pump system, you can't go wrong with the SuperSump.  It has the capability to pump 2,650 gallons/hour using the 1/3 hp Zoeller cast iron pump, comes with the WaterWatch Alarm which will alert you if the water rises too high inside the sump crock, and comes with an airtight lid.  There is a floor drain built into the lid in case of flooding due to a plumbing source and has a knock out that you could use for your dehumidifier house.  You can pair this with the UltraSump Battery Back-up System to protect your home in case of a power outage or pump failure.

When looking for a new system, this is one that you should highly consider!

Replace your old sump pump with a new SuperSump 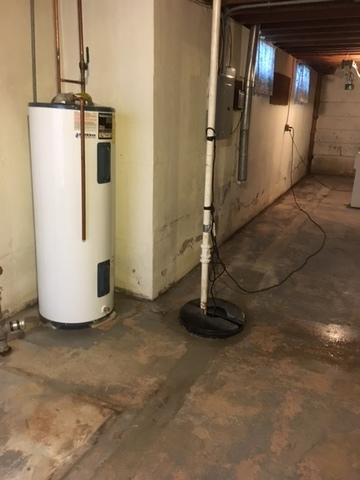 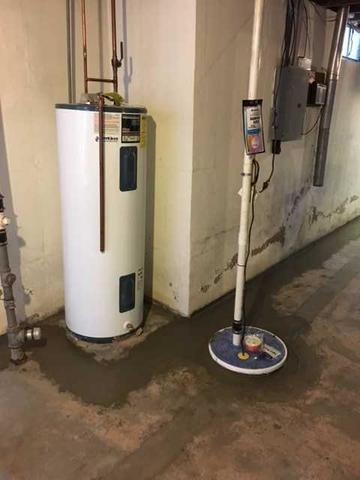 When it comes time to replace your sump pump, why not replace it with the best.  Our SuperSump comes with a cast-iron Zoeller pump, a WaterWatch Alarm, SuperLiner and an airtight lid.

The WaterWatch Alarm is designed to sound when the water level rises past the point where the pump should have turned on.  This is very helpful if the pump should fail or there is a power outage.   You could add more protection by adding an UltraSump Battery Backup System which would take over in the event that your sump pump stopped working.

Our SuperLiner allows water to flow into it through 96 holes, making sure that we collect as much water as possible.  It is a heavy duty polyethylene liner that will not cave in or crack.

To top off the SuperSump, it comes with an airtight lid.  This allows us to keep the moisture inside the liner, rather than in your basement.  It also keeps bugs and odors out.  The lid is strong enough that you could stand on it or stack items on it if you needed to.

Total Before & After Sets: 23
get a free estimate
Find Your Local Contractor